This page will help you find information about film formats used for the photographs you are archiving and direct you to the corresponding Wikipedia page. Click for movie film formats.

Formats I have encountered are as folows:

Standard 35mm filmstrip that contains 4 36mm x 24mm frames. The frame number is printed on the top and/or bottom of the frame. 135 format is exactly 35mm wide. This format was introduced in 1934. 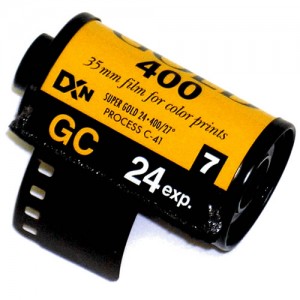 A 126 filmstrip that contains 4 28mm x 28mm frames. The frame number is printed at the bottom of the frame. 126 film is actually 35mm wide. The 126 film came in cartridges for easy loading and was introduced in 1963. 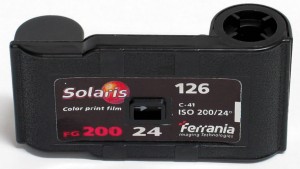 In the case of motion picture film, the format may also include audio parameters (though often not). Other characteristics usually include the film gauge, pulldown method, lens anamorphosis (or lack thereof), and film gate or projector aperture dimensions, all of which need to be defined for photography as well as projection, as they may differ.

The primary reason there were so many different negative formats in the early days was that prints were made by contact, without use of an enlarger. The film format would thus be exactly the same as the size of the print—so if you wanted large prints, you would have to use a large camera and corresponding film format.