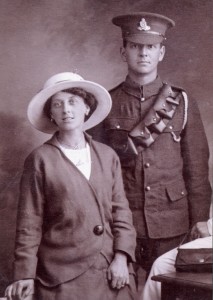 A Driver with the Royal Horse Artillery

Driver Francis Robert Lowe 99690 was with the Royal Horse Artillery and died in the Great War during the Battle of the Somme on 22/10/1916 and buried in Crecy-en-Ponthieu Communal Cemetery. This location is quite unusual as it is a communal cemetery and only contains two Commonwealth burials from the First World War.

By relation he is my Great-Grandfather and I have been gathering as much information as I can since the late 1990s.

About the Royal Horse Artillery in WWI

The RHA was responsible for light, mobile guns that provided firepower in support of the cavalry. It was the senior arm of the artillery, but the one that developed and grew least during the Great War. In 1914 the establishment of the RHA was one battery to each brigade of cavalry. A battery had six 13-pounder field guns and included 5 officers and 200 men. Motive power was supplied by the battery’s 228 horses. The original BEF included only one division of cavalry of 4 brigades, and thus it had four batteries RHA, which were organised into two brigades.

I’m piecing together what V or U Battery’s service record up to 22nd October 1916 when I knew they were in the Somme. I’m now not certain if he was with U Battery or V Battery since the records I referenced it from were written and printed. U Battery seems more likely in my opinion since I know they were in Crecy-en-Ponthieu. Not sure if V Battery were?

By the time World War I broke out, the brigade was in Meerut, India assigned to 7th (Meerut) Division consisting of 18th Hussars with local Indian units 3rd Skinners Horse and 18th Lancers. On mobilization, V Battery was assigned to the newly formed II Indian Brigade, RHA with 2nd Indian Cavalry Division (attached to 7th (Meerut) Cavalry Brigade) and sailed for the Western Front in November 1914.

It seems the brigade were attached to the 2nd Indian Cavalry Division which were a division of the British Indian Army formed at the outbreak of World War I. It served on the Western Front, being renamed as 5th Cavalry Division on 26 November 1916.

When World War I broke out U Battery were at Lucknow with 8th (Lucknow) Division and on mobilisation was assigned to the newly formed I Indian Brigade, RHA with 1st Indian Cavalry Division (attached to 8th (Lucknow) Cavalry Brigade) and sailed for the Western Front in October 1914.

The I Indian Brigade, RHA was formed on 12 December 1914 for the 1st Indian Cavalry Division in France. It commanded

Each battery was armed with six 13 pounder guns.

The brigade served with the 1st Indian Cavalry Division on the Western Front and the brigade commander acted as Commander Royal Horse Artillery (CRHA). In practice, the batteries were permanently assigned to the cavalry brigades, viz:

Other than the Battle of Cambrai when it helped to told the German counter-attack, the division was not involved in battle. Instead, it was held in reserve in case of a breakthrough, although it did send parties to the trenches on a number of occasions. They would hold the line, or act as Pioneers; such parties were designated as, for example, the Mhow Battalion. 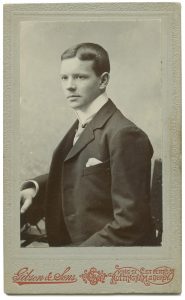 Battle of the Somme

Francis Robert Lowe died in the Great War on 22nd October 1916 and his Death Certificate states: 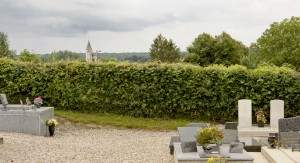 Francis Robert Lowe is buried in Crecy-en-Ponthieu Communal Cemetery. Unusually there are only two British soldiers from the First World War buried there (shown above on the right of the photo). The graves are maintained by the Commonwealth War Graves Commission. The graves of Driver Robert Francis Lowe (left) and soldier Charles William Funnell (right). 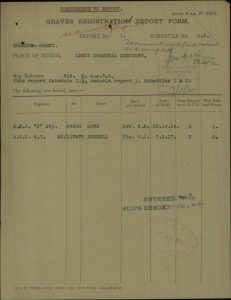 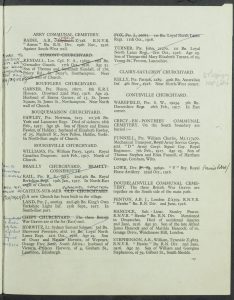 Crécy-en-Ponthieu Communal Cemetery is easily accessed from the town centre, taking the main road west and following the signpost to the right close to the centre of the town. There is a large car park and the graves are accessed through the main gate towards the main buidling and to the right and onwards to the hedge from there.

The Crécy-en-Ponthieu Museum is also worth a visit and you can also visit the Crécy battlefield nearby which was fought on 26th August 1346. 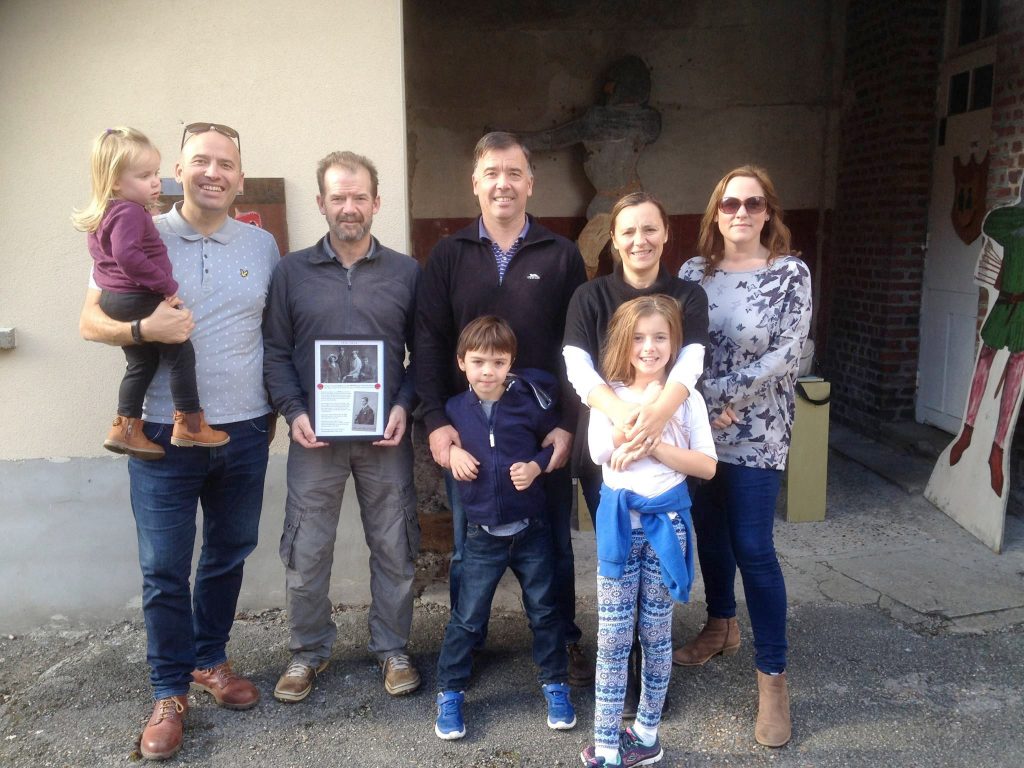 I visited the grave on 22nd October 2016 for the 100th anniversary of his death with my brothers and family. I cycled there from Calais which was an interesting way to get there and see the countryside. We visited the Crécy-en-Ponthieu Museum and presented a memorial frame with information about my Great Grandfather. 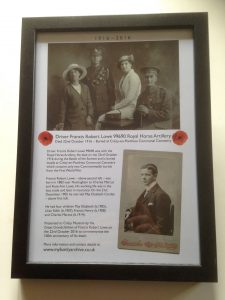 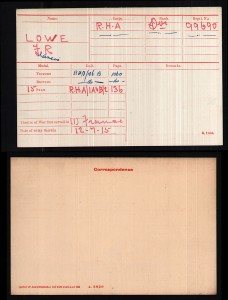 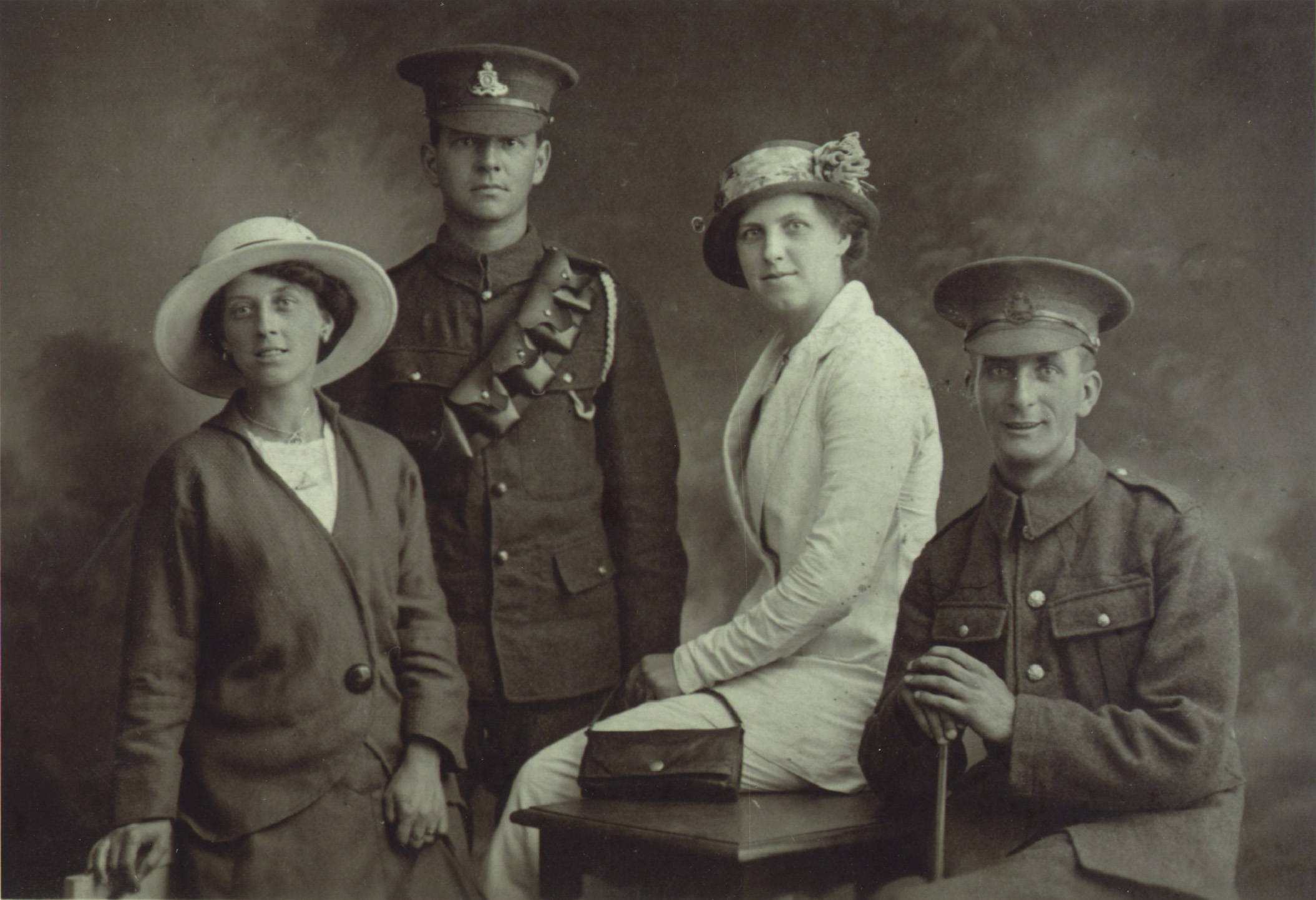 Francis Robert Lowe does not appear on any surviving war memorials – sadly a lot of them got destroyed when building were demolished and I believe that’s what happened to his. However, he does appear on the St Ann’s District Virtual Memorial, which is being constructed from Nottingham Evening Post obituary entries, the CWGC Debt of Honour Register and other military sources, census data and Birth, Marriage and Death indexes. Around 500 Great War fatalities from the St Ann’s area are not commemorated anywhere else but the Virtual Memorial.

Francis Robert Lowe was awarded three medals and I don’t know of their existence assumed lost – if you have them then let me know! 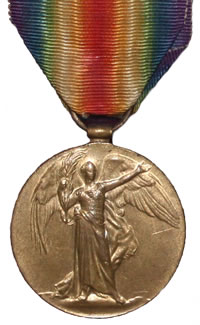 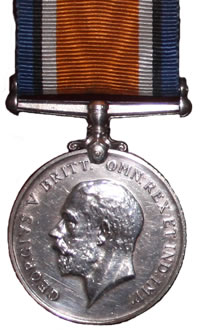 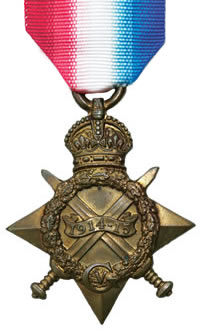 Pip, Squeak and Wilfred are the affectionate names given to the three WW1 campaign medals — The 1914 Star or 1914-15 Star, British War Medal and Victory Medal respectively. Awarded to the Old Contemptibles (British Expeditionary Force BEF) and by convention all three medals are worn together and in the same order from left to right when viewed from the front.

Also known as ‘Squeak’. The silver or bronze medal was awarded to officers and men of the British and Imperial Forces who either entered a theatre of war or entered service overseas between 5th August 1914 and 11th November 1918 inclusive. Approximately 6.5 million British War Medals were issued. Approximately 6.4 million of these were the silver versions of this medal. The front (obverse) of the medal depicts the head of George V. The recipient’s service number, rank, name and unit was impressed on the rim.

Also known as ‘Wilfred’. Each of the allies issued their own bronze victory medal. The front depicts a winged classical figure representing victory. Approximately 5.7 million victory medals were issued. Eligibility for this medal was more restrictive and not everyone who received the British War Medal also received the Victory Medal. The recipient’s service number, rank, name and unit was impressed on the rim.

Also known as ‘Pip’. This bronze medal was authorized in 1918. It is very similar to the 1914 Star but it was issued to a much wider range of recipients. Awarded to all who served in any theatre of war against Germany between 5th August 1914 and 31st December 1915, except those eligible for the 1914 Star. Like the 1914 Star, the 1914-15 Star was not awarded alone. The recipient had to have received the British War Medal and the Victory Medal. The reverse is plain with the recipient’s service number, rank, name and unit impressed on it. An estimated 2.4 million of these medals were issued.

The Indian Army in the Two World Wars